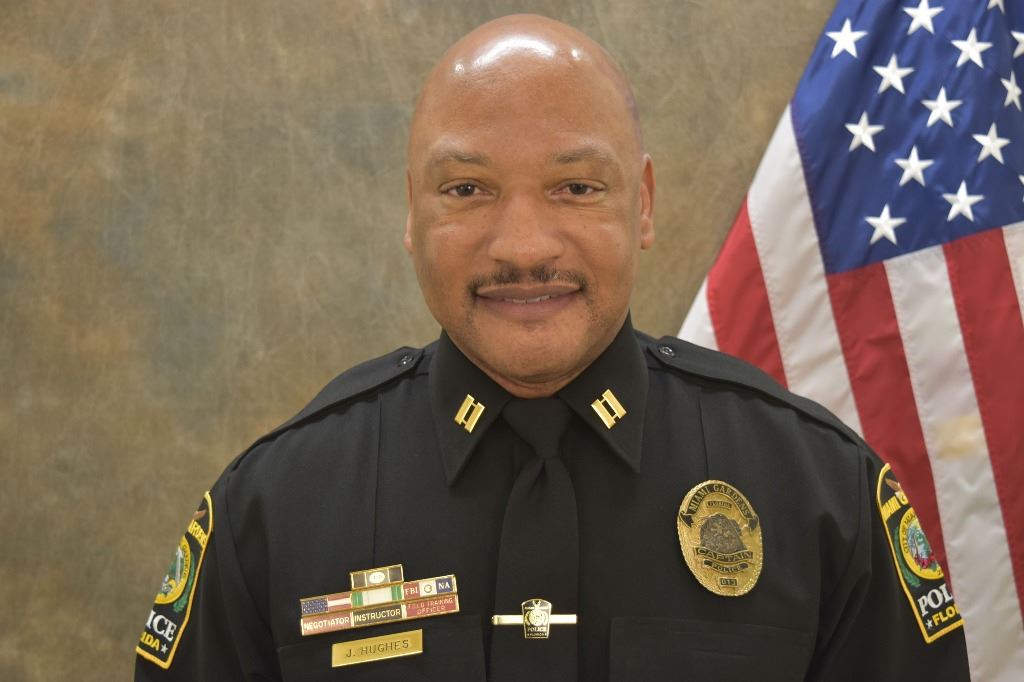 Captain James Hughes served as a Petty Officer in the Unites States Navy for six years, prior to joining the Quincy Police Department in 1987. During his tenure with QPD, he served as a GIU Detective, GIU Sergeant, Operations Lieutenant and Captain. In 2006, he served as the Assistant Director of Emergency Management Operations for Gadsden County.