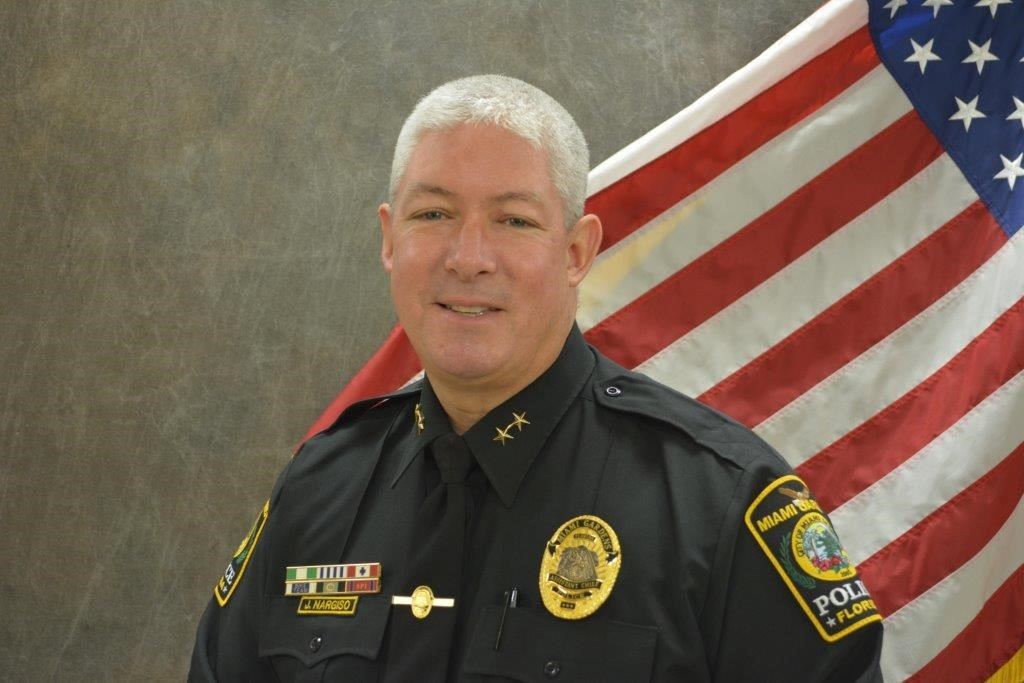 Assistant Chief Joseph Nargiso career began in August 1994 with the City of Paterson, NJ.  Over his 27-year career, he has been blessed with a multitude of training and career opportunities and received some extraordinary mentoring from some amazing commanding officers. Assistant Chief Nargiso has a Bachelor’s and Master Degree from Fairleigh Dickinson University, Teaneck NJ.  He is a member of the Miami Dade County Association of Chiefs of Police and the Florida Police Chief Association.

After graduating from the Paterson Police Academy and spending several years in road patrol, the focus of his attention and career goals were to gain as much experience as possible and further his knowledge to one day be a great leader.  Over the next thirteen years, he was assigned to various units within the Paterson Police Department which included the Domestic Violence Unit, Traffic Unit, Gang Interdiction Unit, Community Policing Unit, PAL Program, and finally Grant Writer and Grant Coordinator for the department.

In 2007, he was hired by the Miami Gardens Police Department where he continued on his journey to becoming a great leader. Assistant Chief Nargiso was instrumental in the creation of the Police Explorer Program, Honor Guard Team, Police Cyclist, Community Emergency Response Team and the Neighborhood Watch Program.  In 2009, he was promoted to Sergeant where his experience was applied to assisting in the implementation of the Community Policing Unit. One of his responsibilities included operational plans to reduce crime in areas that had an increase in shootings.  As a result of hard work, dedication, and determination, he was promoted to Captain in January of 2016.

As a Police Captain, he commanded and managed the Community Policing, Traffic, Motors, K9 and Code Enforcement Units. In the early part of 2019, he was assigned as the Administrative Captain in the Operations Division. As the Administrative Captain, his responsibilities included; responding to major crime scenes, conducting reviews of officers use of force, officer injuries, officer involved accidents, yearly evaluations, and the review of operational plans submitted by the operations captains.  He also investigated citizen complaints, was the shift bid coordinator, and the Incident Commander EOC Co-Coordinator. He was tasked with successfully writing and implementing the Operation Plans for the City's Jazz in the Gardens, and most recently Super Bowl LIV. One of his key accomplishments was attending the Southern Police Institute (SPI), University of Louisville Command Officer’s Development Course, receiving the SPI Director Award of Academic Excellence, ranking 1st out of 64 Commanders.

April of 2021, he was promoted to Assistant Chief of Police.  As the Assistant Chief of Police, he has been given the responsibility of overseeing the Administrative Support Services Division which includes Property and Evidence, Pre-Diversion Program, Fleet, False Alarms, Records, Communications, Special Events, Off-Duty Services, Payroll, PAL Program, Court Liaison, Community Enrichment Team, Red Light Cameras, Traffic and Motors.