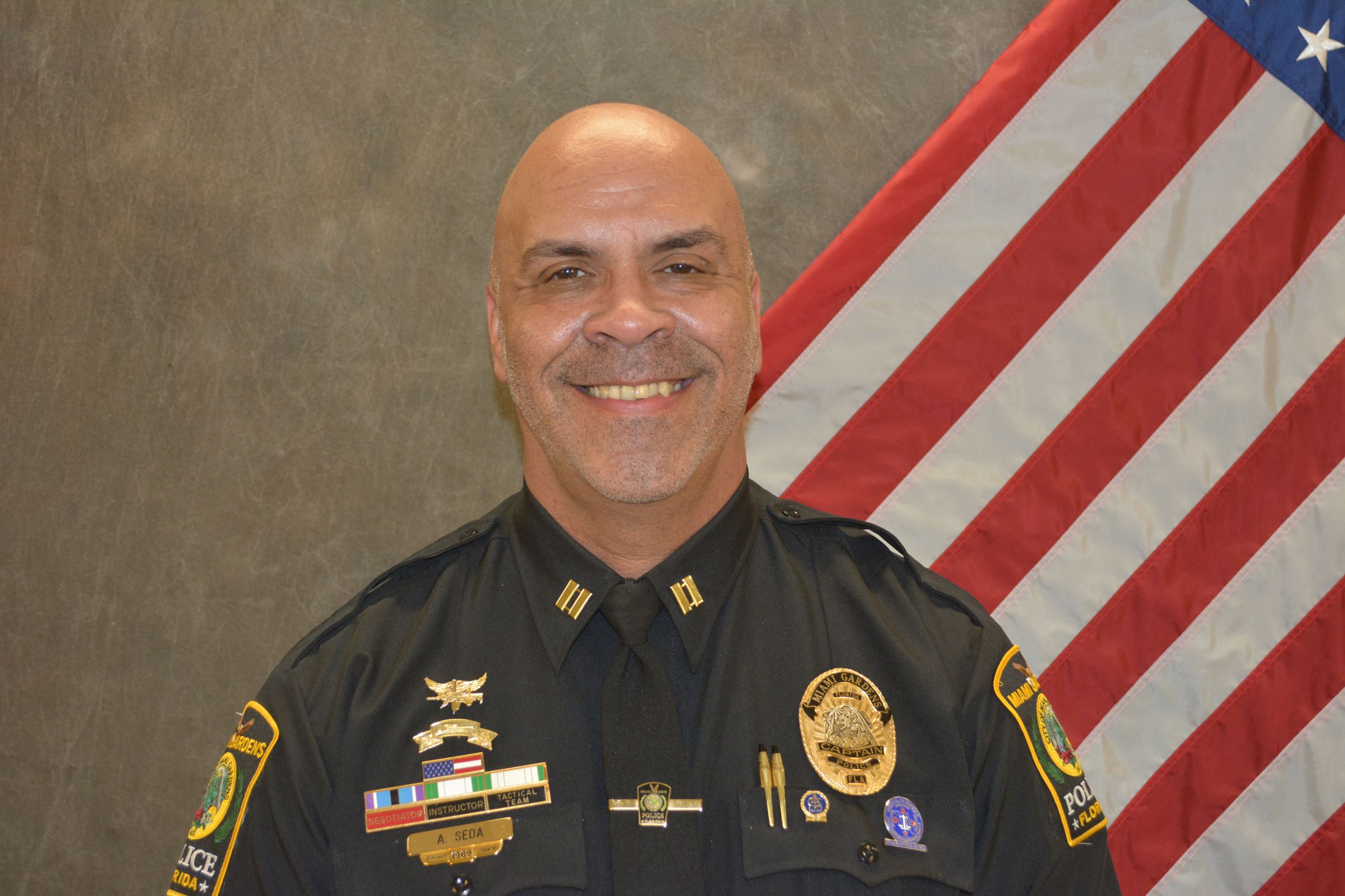 Captain Alberto Seda is a 33-year veteran of law enforcement. He also served in the U.S. Army. His Military Occupational Skills were Field Artillery and Military Police. He began his law enforcement career as a Correctional Officer with the Miami- Dade Corrections and Rehabilitation Department. During his tenure there he served as an Intake Officer, Court Services Officer, Gang Investigator, Narcotics Investigator, Narcotics K9, General Instructor and Defensive Tactics Instructor at the academy. Captain Seda then transitioned to a Police Officer. He worked with the Sweetwater Police Department as a Patrol Officer and Detective. In 2009, Captain Seda joined the Miami Gardens Police Department. During his tenure here, he has worked as Patrol Officer, Crime Suppression Team/Narcotics Detective and K9 Handler.

In 2016, Captain Seda was promoted to the rank of Sergeant. He served as a Patrol Supervisor on both Alpha Platoon midnights and Alpha Platoon days where he served as an Acting Captain for approximately 8 months. He was promoted to the rank of Captain in February 2022 where he is assigned to the Support Services Division. Captain Seda supervises the Community Enrichment Team, Motor Unit, Traffic Homicide and Quartermaster. These units consist of 3 Sergeants, 18 Officers and 2 Civilians.

Captain Seda is qualified as a SWAT Operator, SWAT Sniper, Certified Hostage Negotiator and Crisis Intervention Team. He graduated from the Miami Dade College School of Justice Senior Officer Course Class #4. Captain Seda has obtained several degrees such as an Associate Degree from Miami Dade College, Bachelor Degree in Public Administration from Florida International University and a Master’s Degree in Executive Management from St. Thomas University. He is also a member of the International Association of Chiefs of Police and Miami Dade County Association of Chiefs of Police. Captain Seda currently serves on the South Florida Police Benevolent Association Board of Directors.